The artist, Yasmine Abdel Aziz, celebrated the birthday of her husband, the artist Ahmed Al-Awadi, which falls on December 12th, and sent him a romantic message, commenting on a picture that brought them together alone.

Yasmine Abdel Aziz published a picture of her husband, the artist Ahmed Al-Awadi, through her account on the Instagram site, and commented on it, saying: “Every year, you are good, my love, and I wish you

100 years of health and happiness, Lord.

The artist, Ahmed Al-Awadi, commented on the post, saying: You are kind, my love.

Al-Awadi appeared alone on the set of the series “Darb Nar”, which he will reunite with his wife, Yasmine Abdel Aziz, and is scheduled to be shown within the Egyptian series season for Ramadan 2023.

Al-Awadi appeared in Saidi robes, and commented on the pictures on his platforms on social media, saying: Commanda Jaber Abu Shadid, Ibn Sohag, and Khazindar, the right of men, Maybach, struck fire. 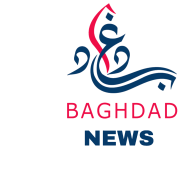